Sha’i ben-Tekoa’s articles on the Arab-Israeli conflict, terrorism and Islamic fundamentalism have appeared in The Wall Street Journal, National Review, Midstream, Congress Monthly, the Jerusalem Post and other publications. He has appeared on American Public Broadcasting’s The NewsHour with Jim Lehrer.

Formerly the lead commentator in English for Israel National News (Arutz 7), he is a graduate of Columbia University in Comparative Religion who continued his studies at the University of Chicago and Hebrew University. A traveler in Arab lands, he served in the Yom Kippur War effort of 1973.

In 1991, in preparation for the Arab-Israeli peace conference in Madrid, he worked on assignment for the Office of the Prime Minister of Israel Yitzhak Shamir.
Sha’i’ has recently written a MUST READ book called, Phantom Nation. It can be ordered on Amazon.

“…meticulously researched…These volumes are packed with more information that any single book on the history of Israel. – Ruth King, Board of Directors, Americans for a Safe Israel

“The great strength of this book is its remarkable detail of facts that will allow for a better understanding of what the conflict between Israel and the Arabs is all about. The book should be read by all… – Carla Siegel 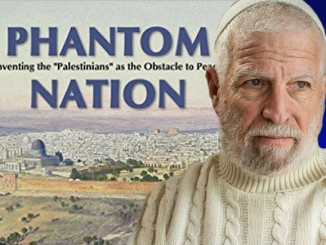 Islam, Presbyterians and Renegade Jews. Islam as form of anti-Semitism. Palestinian Nationalism too and non-Orthodox Jews, which literally means those with “incorrect opinions” about this ancient faith. Show first aired: March 7, 2016

The horror on tape from Maaleh Adumim that exposes just whom we are dealing with. And defending David Cameron’s anti-Jew policies toward Jerusalem, Judea and Samaria. Phantom Nation 29Feb2016 *Disclaimer: The views and opinions expressed …Keep Reading! 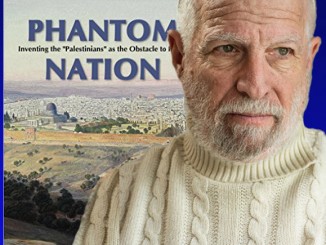 Today Sha’i exposes the unconscious  anti-Semitism of the Mainstream Media and lack of empathy in Arab culture that underpins their terrorist cruelty. Phantom Nation 15Feb2016 *Note: The views and opinions expressed on this show by …Keep Reading!

Under the microscope today is the subterranean antisemitism in the logic of the UN Secretary-General and the illogic in Israel’s respectful recognition of non-Orthodox Judaism Show first aired on February 1st, 2016 *Disclaimer: The views …Keep Reading!

Another Jew slain but by whom? Plus, Anti-Jew Jews, the “Breaking the Silence” betrayal and the delusions of a Swedish antisemite. Phantom Nation 18Jan2016 *Note: The views and opinions expressed on this show by the …Keep Reading! 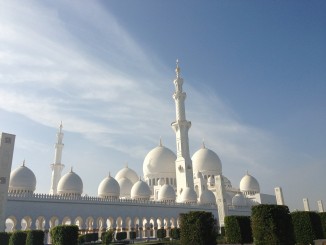 This week Sha’i shines a light on the eerie coincidence of the collapse of sexual morality in the West and the plague of Muslim sex predators. Phantom Nation 11Jan2016 *Disclaimer: The views and opinions expressed …Keep Reading!

Sha’i ben-Tekoa talks about his book, ‘Phantom Nation’ and who the ‘Palestinian’ nation is or isn’t.