The latest Islamist atrocity in Europe occurred on November 2, 2020 in Vienna, Austria with a deadly attack that occurred on the eve of a lockdown triggered by an upsurge in the Coronavirus pandemic. The attack was perpetrated by one or more assailants on patrons at open air cafes on an exceptionally warm evening in the Austrian Capital. The toll was four (plus the perpetrator) killed, and 22 injured, several seriously. It is alleged that more than 100 shots were fired before quick work by Vienna police SWAT teams took down the principal perpetrator. Austrian counterterrorism security and police instituted a man hunt for the alleged accomplices who witnesses described as attired in white with black balaclavas and carrying long guns.

The Vienna attack is the latest in a series of Islamist barbarous attacks in France involving the beheading of a schoolteacher, the late Samuel Paty by an 18 year old Chechen refugee, who had lectured on the exercise of free speech to students in junior high school in a Paris Suburb using the Charlie Hebdo cartoons that satirized Mohammed, the Prophet of Islamic doctrine. The Charlie Hebdo cartoons had triggered a January 7, 2015 massacre that killed 12, injuring 11 at the satirical Charlie Hebdo editorial quarters, and four Jewish hostages of a group of 20 detained at a Kosher supermarket. This was followed by an attack on the Nice cathedral by a 20-year Tunisian refugee émigré who entered France from Italy as a migrant from North Africa. An 85-year-old parishioner was barbarously beheaded while at prayer, and two others were stabbed to death. The perpetrator was shot and wounded by Nice police and placed in custody. There was an attempted murder by an 18-year-old Pakistani émigré bearing a machete near the former site of Charlie Hebdo editorial offices. Seven suspects have subsequently been detained by French police.

These attacks spawned outcries in the Muslim ummah of “blasphemy” – criticism of Islamic doctrine and defamation of the image of the Prophet Mohammed – – and calls for boycotts of French goods and services by President Recep Tayyip Erdogan of Turkey and the “massacres of millions of French” by aging Malaysian Prime Minister Mahathir Mohammed. In New York, the French consulate was the site of protests by local Imams of the actions of French President Macron to preserve the secular principles of free speech of the Republic.

On the occasion of a pause of Israel News Talk Radio – Beyond the Matrix program, due to the medical condition of host Rod Reuven Bryant, he and producer and co-host Jerry Gordon reached out to interview Austrian free speech advocate and Islamic doctrine critic, Elisabeth Sabaditsch-Wolff about the impact of the Islamist attack in Vienna. They had previously interviewed American ex-pat, writer, and author Nidra Poller on the background of the Islamist murder of French schoolteacher Samuel Paty.

Gordon has known Ms. Sabaditsch -Wolff for over a decade and had interviewed her on various trials in both Austria and at the European Court of Human Rights over her criticism of Islamic doctrine. These are chronicled in her memoir, “The Truth is No Defense”, published by the New English Review press in 2019 and available on Amazon.

Ms. Sabaditsch-Wolff’s views about free speech and criticism of Islamic doctrine stem from her experience as a child of an Austrian diplomat. She explains that when her father was held postings in New York and Chicago, as a junior high school student, where she learned about US Constitution guarantees of free speech, freedom of religious worship and criticism of religious doctrine. She learned firsthand the excesses of Islamist extremism when the family was posted to Iran during the 1979 Revolution and later working as a visa officer in Kuwait and Libya.

She gave compelling witness of the initial impact of the Islamist impact as her daughter, who is a music and performance student at a special high school was locked down while attending a theater performance along with 600 other attendees. First news of the attack came shortly after 8PM via alerts to her husband, an Austrian Army medical officer, in cell messages and videos of the attack. He immediately dressed in his combat boots and drove into the center area of the attack to await release of their daughter. Ms. Sabaditsch-Wolff noted that the synagogue in the Jewish quarter was not a target of the Islamists’ attacks but rather the adjacent entertainment complex of bars, restaurants, and theaters in the center of Vienna. The 20- year perpetrator held dual Austrian and north Macedonian citizenship and apparently came from an Albanian Muslim family. He had been convicted of a prior provocation but was released early because of his age.

She was particularly impressed over the immediate actions by French President Macron who tweeted in perfect German his nation’s solidarity with Austria’s Chancellor Kurz and the Austrian people. He also went out of his way to pay a visit to the legation of the Austrian Ambassador.

She spoke about her own travails regarding her trials in the Austrian court system over a lecture she gave on the Koranic doctrine involving 56-year-old Prophet Mohammed and his marriage to 6-year-old Aisha consummated at age nine. This arose from a left-wing journal report at one of her professional seminars. Unlike the US, Austria and many other EU countries hold it a crime to denigrate the doctrine of an established and recognized religion. She was fined for her actions and appealed the conviction through the Austrian Supreme Court. She sought ultimate relief that was ultimately denied at the European Court of Human Rights. Her fight for free speech and legal chronicle are portrayed in her memoir, “The Truth is No Defense”. Sabaditsch-Wolff views only Israel and the US as “the bastions of free speech” in the West.

Rod Reuven Dovid Bryant and Jerry Gordon held a valedictory discussion on the record of over 180 programs they presented at Israel News Talk Radio- Beyond the Matrix that will “pause” with the revelations of a growth in Bryant vocal cords. This followed a recent case COVID-19, that he does not wish on his or anyone’s worst enemy. Bryant and Gordon reviewed significant programs that were typically ahead of the news with guests like Elisabeth Sabaditsch-Wolff, Nidra Poller, Kenneth Timmerman, Dan Diker and Stephen Bryen. On importance were those dealing with Kurdish aspirations and US relations in Syria and Iraq, Iran’s and proxy’s Hezbollah nefarious activities in the Middle East, normalization of Israeli – Palestinian, Sunni Arab Gulf States, Saudi Arabia, and Sudan. Then there were those mysterious explosions in Iran that may have temporarily set back the Islamic Republic’s nuclear development program. Maybe.

Bryant and Gordon met through the recommendation of a former partner, Rabbi Ira Michaelson, as Gordon had Michaelson as a guest on the former Lisa Benson National Security program on Salem Media that Gordon produced. They bonded and the rest, as they say is history. Bryant and Gordon give thanks to Tamar Yonah of Israel News Talk Radio and production chief, Kalman
Signing off for now. Watch for our return with conceivably good news about Rod Bryant’s health. Alevai!

CLICK HERE FOR ALL THE LATEST EDITIONS OF BEYOND THE MATRIX 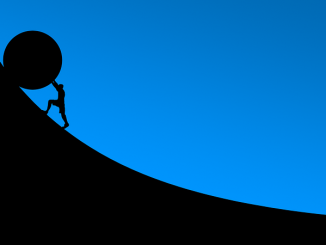 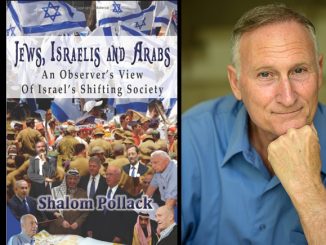 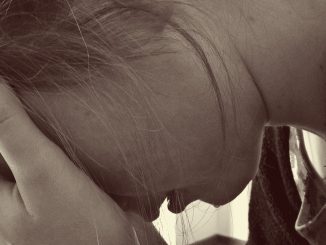