This is the harrowing tale of Honor Killings in a Houston capital murder trial by a violent Jordanian Jihadist émigré, Ali Mahwood – Awad Irsan.

Listen to Rod Bryant and Jerry Gordon as they interview “Michael”, the older brother of one of the victims, Coty Beavers, who Rod knew. Coty was murdered execution style in November 2012 by father-in-law Ali Mahwood-Awad Irsan, 60 in his apartment in Houston in a gated community he shared with his wife Nasreen, a Christian convert, who had escaped from her family compound. Irsan was convicted of the murder of Beavers and orchestrating the murder, 11 months earlier, of a colleague of his daughter Nasreen at an M D Anderson medical program, an Iranian American convert and feminist – women’s rights activist, Gelareh Bagherzade. There is also emerging evidence of multiple honor killings by Irsan including perpetrating a 1999 murder of a potential son-in-law, a Muslim, making it appear as a ‘suicide’.

Irsan was convicted in a five week trial in the Harris County District Court for capital murder on July 25, 2018. The trial is currently in the penalty phase when expert testimony may be presented to determine whether Irsan receives a life sentence or death. Irsan who came to the US in 1979 initially settled in Michigan, later moving on to Texas. He held odd jobs ultimately becoming a scam artist of insurance and social security programs. Irsan fathered 12 children by two American wives who he brutally raped, beat and abused.

“Michael”, who courageously consented to this Israel News Talk Radio – Beyond the Matrix interview said: “Honor killings have no place in American society. These are not infrequent events that happen in some random part of the world. They’re happening in America and they’re on the rise.” Jerry, 3:57 PM

CLICK HERE FOR ALL THE LATEST EDITIONS OF BEYOND THE MATRIX

How Important Is The American Military in Syria? – Beyond the Matrix [audio] 🎧

Israeli Elections Can Be Like a Circus! – The Tamar Yonah Show [audio] 🎧 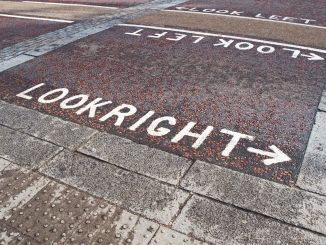